Mount Denali (6,194m) is the highest peak in North America. It is located inside the Denali National Park and Reserve in the US State of Alaska. It is some 290 kilometers away from Anchorage, Alaska’s largest city.

Climbing Mt. Denali is a lifetime experience of trekking to the highest peak of the North American Continent. You get to witness the biodiversity richness of the national park that extends between 24,464 sq. km.

Although one of the coldest and most isolated peak in the world, you can try out some adventure sports activities during Denali climbing expedition. Dog sledding, snow skiing, and winter camping are some of the rewards of Denali expeditions.

Denali Peak is the highest mountain of the Alaska Range extending within estimated 650 km from Alaska to Yukon Canada. During the Denali climbing trip, you will see other peaks such as Mount Foraker, Mt. Silverthrone, Mt. Hunter, Mt. Huntington, Mt. Dickey, and the Moose’s Tooth respectively.

Simialarly, Mount Everest (8,848m) is the highest peak is the world. The Great Mountain stands as the bordering wall between Tibetan Autonomous Region and the Province No. 1 of Nepal.

Thousands of international trekkers and climbers are attracted by this peak every year. Due to challenges and difficulties, very less people dare Everest climbing. Some 35,000 people trek to Everest Base Camp (5,364m). Everest Trekking is far more popular than Everest expedition.

The Everest trekking or Everest climbing begins after the Kathmandu Valley City Tour. You take a scenic flight to the Lukla Airport, also called the Tenzing Hillary Airport. Traversing through the Sherpa villages along the rugged trails inside the Sagarmatha National Park, you reach EBC.

Until Everest Base Camp Trek, you get teahouses for food and accommodation services. Higher than the base camp, the journey is far more challenging that demands good physical fitness with mental and psychological stamina. More importantly, you must have a good training for mountaineering skills to avoid unsupportive circumstances.

In this blog Mount Denali Climbing versus Everest Expedition/Everest Base Camp Trek, we try to discuss on various aspects related to these extremes of North America and the world. Let’s take a quick look into those related factors. 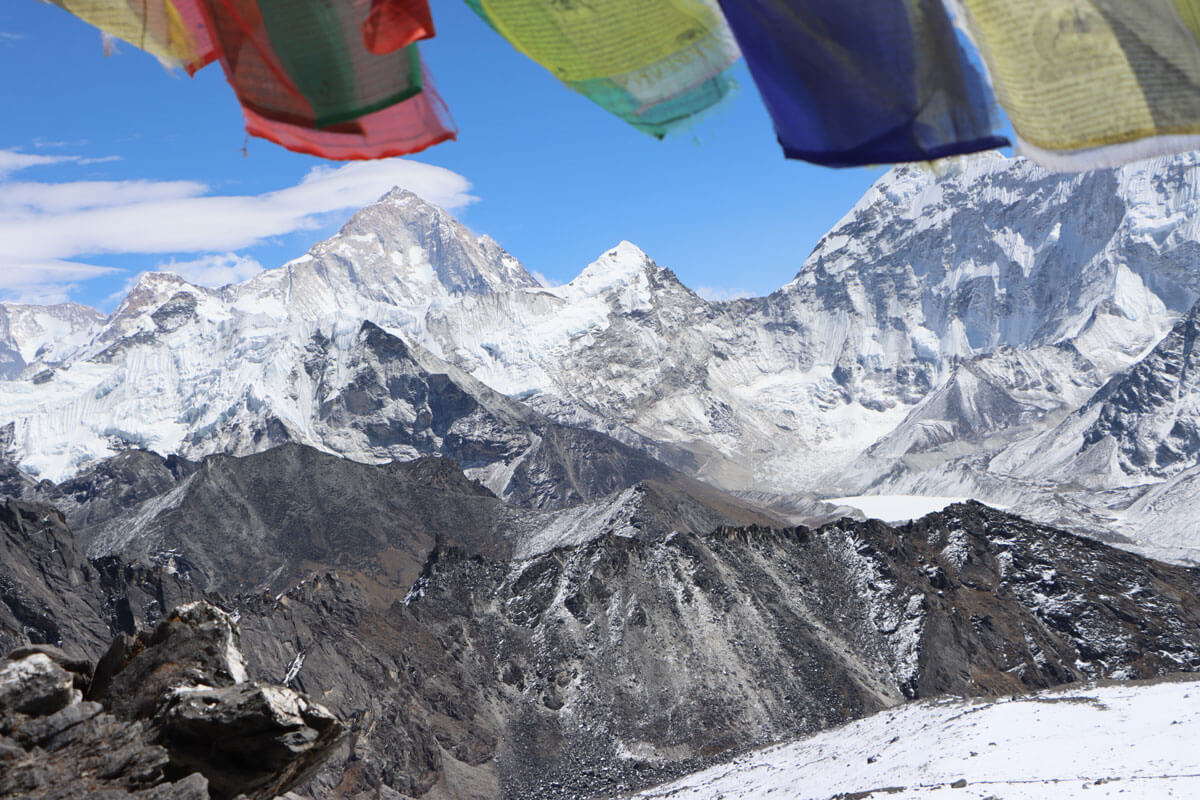 Hiking or trekking or climbing a peak higher than 5,000m is not possible throughout the year. The high altitude regions remain frigid in the winter and the lower regions remain slippery due to heavy rainfalls.

Mount Denali is famous for its cold temperature throughout the year. Therefore, the best season to climb Denali is the summer, especially, May, June, and July. During these months, the average daytime temperature remains about 19 Degree Celsius in the lower region while often below zero at nights and higher altitude regions.

Winter climbing of Denali is a lifetime experience of cross-country skiing, dog sledding, and winter camping. Besides this, if you love getting pristine wilderness experience, you can do Denali expedition in off seasons as well.

Likewise, the best time for the Everest expeditions is late spring, early summer, and early autumn. Months of April, May, June, September, October, and November offer stable temperature, clear skies, low or no rain, and less chance for snowfalls.

For Everest Base Camp Trek, the times except the heavy snowfalls and rainfalls, are suitable. However, the spring and the autumn are the most popular and peak seasons for EBC Trek Nepal. Due to the clear skies and bright days, the scenery of the Great Himalayas and the Himalayan landscapes is just jaw-dropping!

Obviously, climbing both Mt. Denali and Mt. Everest is not that easy. You need good physical fitness with enough stamina and proper technical training for expeditions.

For Denali climbing, you have to deal with altitude gain and extreme weather. Moreover, carrying sleds with supplies for food and accommodation as well as climbing gears is more challenging.

To unfailingly reach atop Denali, you need a good training. Of course, you need avalanche and crevasse training plus skills to using ropes, ice-axe, crampons, and harness. Be prepared for the winter camping and keeping enough time for proper acclimatization.

Similarly, Mt. Everest climbing is also full of challenges from natural to physical and psychological. The Southeast Ridge route to the Summit of Everest goes along deep crevasses, icefalls, snow slopes, and the rolling glacial valleys.

While ascending and descending, you might face some avalanches, snow slides, rockfalls besides the extreme weather. Other specific challenges of the Everest expeditions are atmospheric pressure, Khumbu Icefall, traffic jam, altitude sickness, tough trails, and summit fever.

How to overcome the challenges of climbing Mt. Denali and Mount Everest? 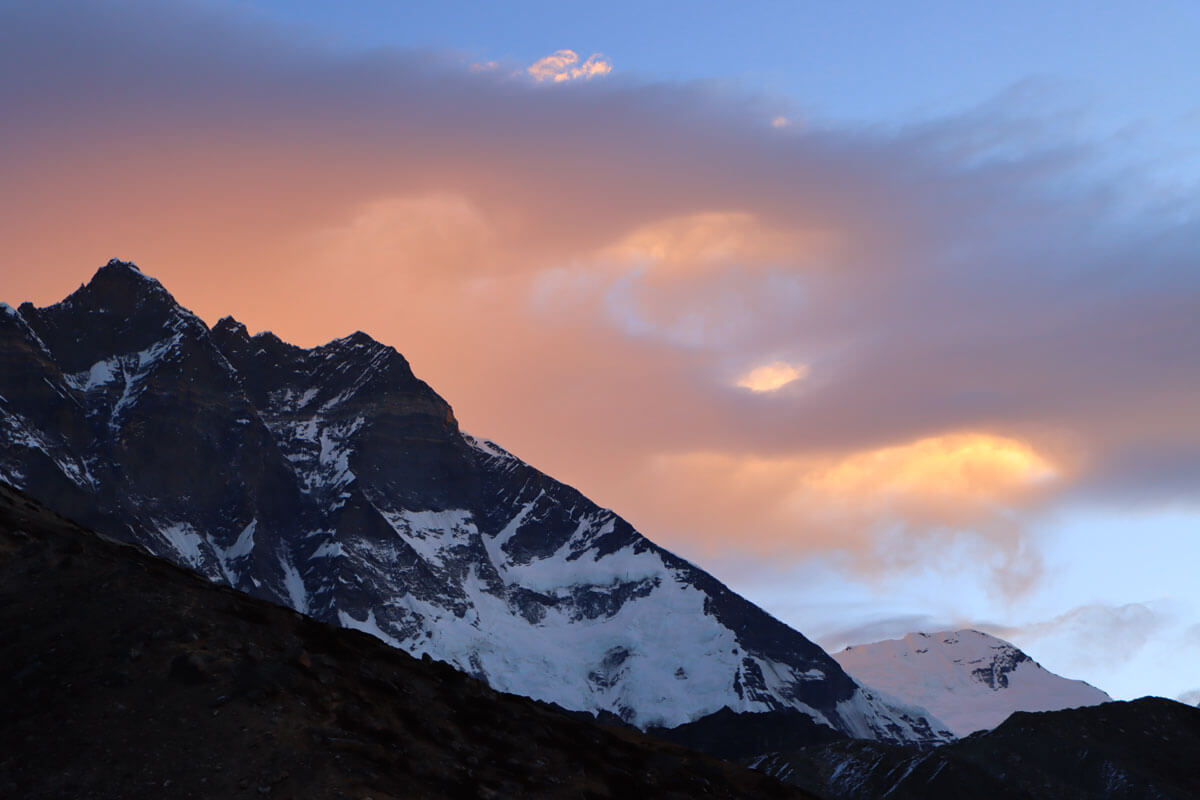 To reach to the summit of Mount Denali (6,194m), there exist 4 main routes. They are West Buttress, Muldrow Glacier, West Rib, and Cassin Ridge respectively.

Among the four, the West Buttress is the most common route used by majority of climbers. It starts off from the Kahitna Glacier, the base camp of Mt. Denali. The climbers are dropped off to the Denali Base Camp by aircraft. Due to the least avalanche risk and crevasses, the West Buttress Route is recommended and chosen.

On the other hand, the highest mountain in the world, the Everest expedition can be done via 17 different routes from all around. However, only 2 routes: the North Ridge from Tibet and the Southeast Ridge from Nepal, are most commonly used.

The Southeast Ridge is the line created by Tenzing Norgay and Edmund Hillary in the 1953 Everest Expedition. It starts off from Lukla, the gateway to Everest Base Camp Trek.

There are several routes to reach to the Lukla Airport. But most commonly, 2 routes are used by majority of climbers and trekkers. First and foremost way to reach to the trailhead is a domestic flight to Lukla from Kathmandu. Via a scenic flight, you reach the Lukla Valley in about 30 minutes.

The other is a drive from Kathmandu to Jiri, Dolakha, a part of Rolwaling Valley Trek. Jiri Everest Base Camp Trek route was the one used by Hillary and Tenzing during the 1953 Everest Expedition. So, choosing this route means following the footsteps of Tenzing and Hillary plus exploring the Rolwaling Valley.

From the Lukla Village, you ascend higher across the Sherpa settlement areas inside the Sagarmatha National Park. Besides the regular Everest Base Camp Trek route, there are also many other side routes to move ahead. 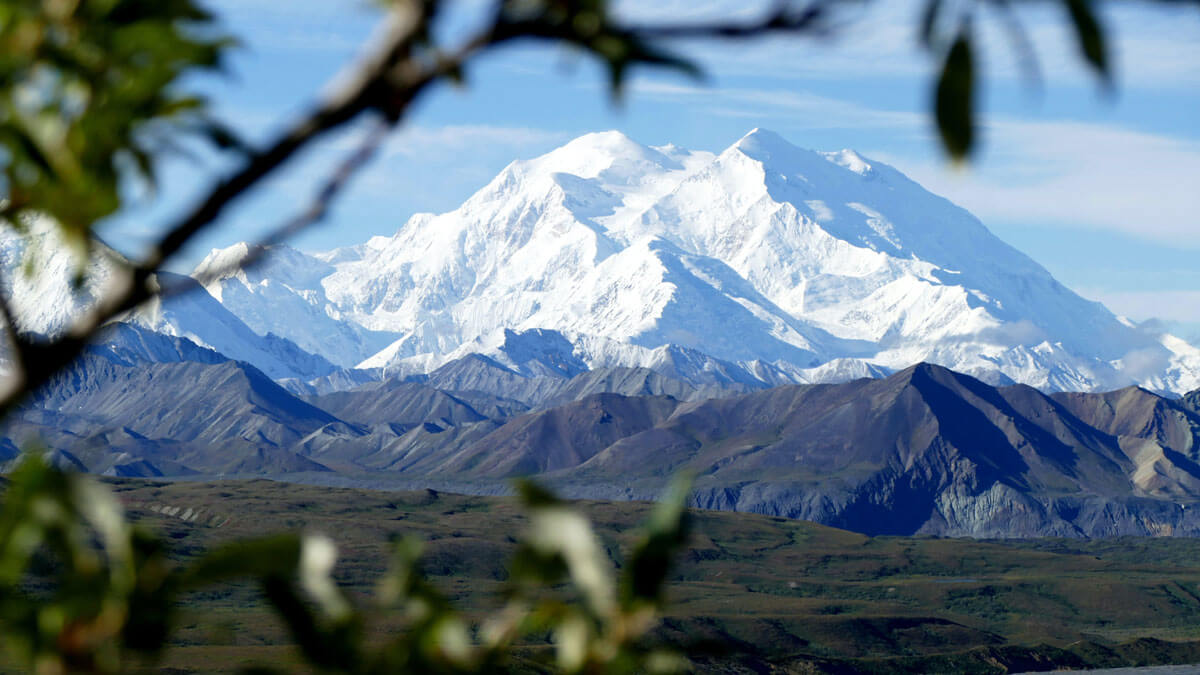 Mount Denali lies in the Denali National Park of Alaska State of America. Nearly 600,000 people visit the national park each year; however, only 54,850 people reached due to the COVID-19 pandemic.

Over 1,000 from around the world take on the challenge of Mount Denali climbing. Nevertheless, only 52% of them succeed to reach the summit. It is said that still 39 bodies are on Denali Mountain.

The record of Sagarmatha National Park shows that annually over 45,000 people visit the park. Among them, 30,000 people take on the challenge of doing Everest Base Camp Trek. Except some exceptional cases, over 95% of the trekkers reach successfully to the base camp of Mount Everest (8,848m).

The statistics shows that over 800 people from all over the world reach the top of the world’s highest peak. It is said that over 200 dead bodies are there on the Everest.

Starting from Talkeetna, Alaska, Mt. Denali climbing itinerary ranges from 17 days to 22 days. This itinerary can become even longer if you require more days for acclimatization or the weather remains unsupportive.

For Everest expedition via the South Col, you might have to invest as long as 70 days. If the weather remains okay and the avalanches absent, you can reach the Everest Summit in less than the given time.

Talking about Everest Base Camp Trek itinerary, it extends from 5 days to 15 days. If you are an experienced trekker in the Himalayas, you can trek to Everest Base Camp (5,364m) in just 5 days. If it’s your first trekking in Nepal, you are recommended to book EBC Trek 15 days itinerary. 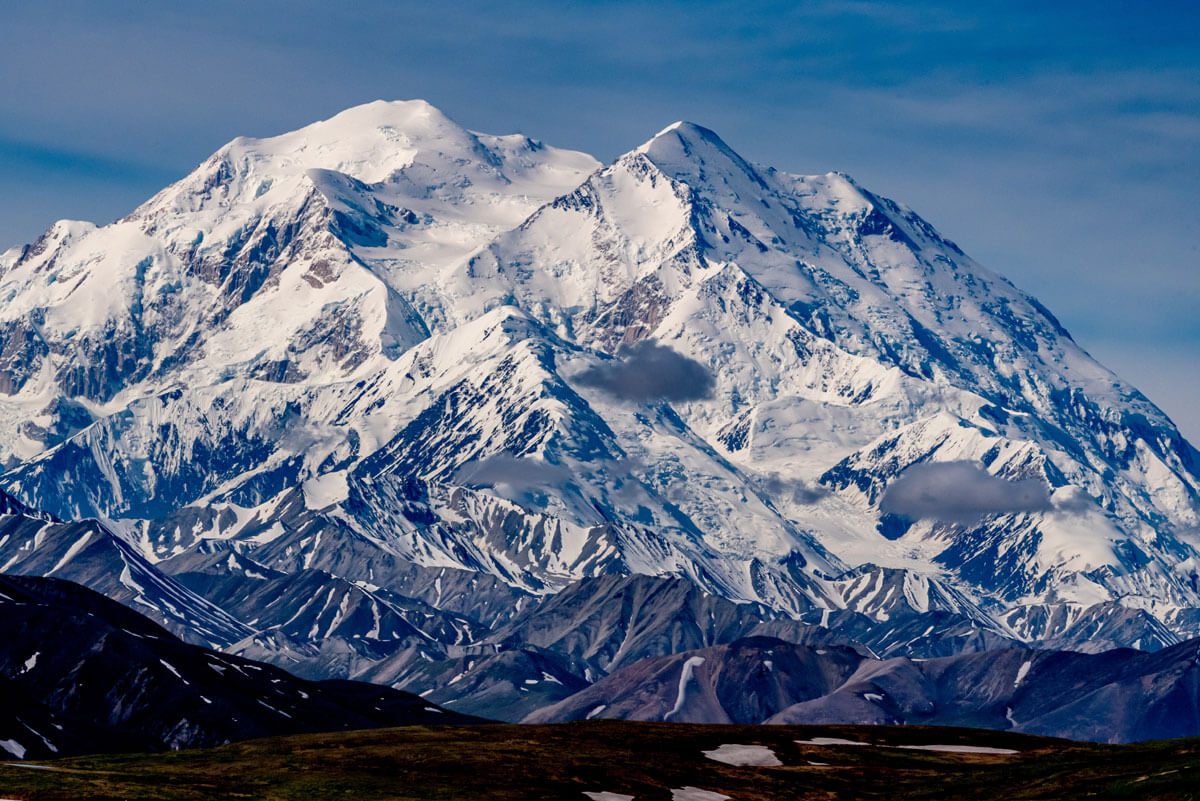 Mount Denali (6,194m) lies inside the Denali National Park which extends over 24,464 sq. km. The conservation park is famous for rich wildlife and vegetation. Denali NP has conserved 8 species of trees, 50 species of shrubs, and 25 species of dwarf shrubs.

You can see 169 species of birds and animals such as bears, marmots, mountain goats, wolves, beavers, otters, and canbou. Except the hibernating wood frog, amphibians and reptiles are very rare in the Denali Conservation Area due to extreme cold temperature.

Mount Everest (8,848m) is located inside the Sagarmatha National Park spread over 1,148 sq. km. Sagarmatha National Park is one of the world’s highest placed conservation areas and a UNESCO World Heritage Site of Nepal. The diverse landscapes of the national park range from 2,845m at Monjo to the world’s highest peak Mount Everest at the altitude of 8,848m above the sea level.

We have tried to shed some lights on Mount Denali Climbing versus Everest Expedition/Everest Base Camp Trek. It is believed that this blog will help you chose which mountain to climb and in which season.

Both the mountains have some similarities and differences. It is not that easy to recommend you either of the journeys to the Himalayas. It’s all in your hand which trip to book and when.