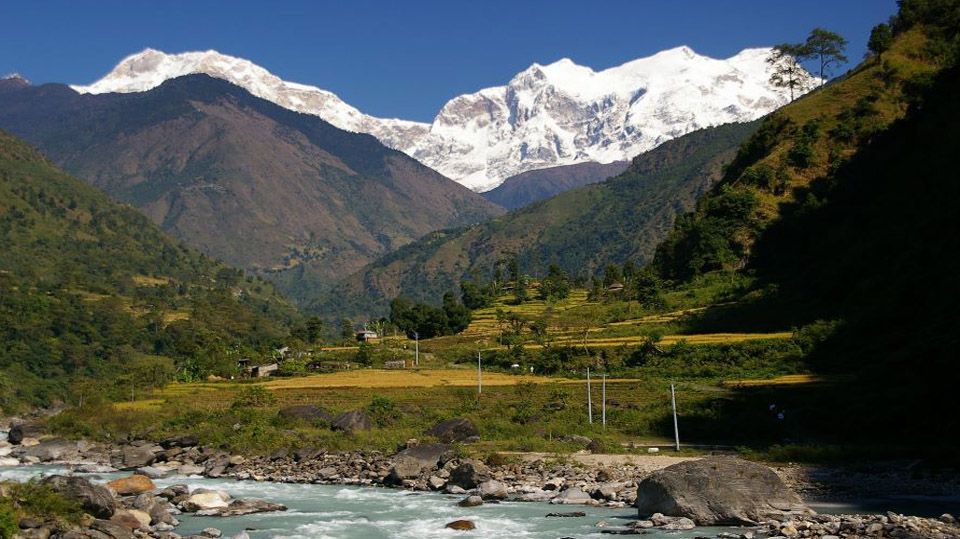 Embark your trekking in Nepal journey from this relatively easy trekking trail taking you to the Gurung ethnic village and the base of the snow covered mountains with the reliable Nepal trekking agency in Nepal the Nepal Trekking Routes Treks & Expedition. Lamjung Himal Trek which lies in between the Manaslu range in northern side of Gorkha.  Its presents the splendid scenery of the Himalayan Mountains.

Lamjung Himal Trek starts from the drive to Besisahar and these days. The bus trip can take you up to Ghale Gaun. The trail is characterized by the terraced farmlands, largest Ghale Gurung tribal village of Ghale Gaun and Sikles. The endangered Himalayan mountains animals, people life style, multi culture and the examples of the eco tourism. The trail seems to be much diversified in terms of the vegetations, birds and animals. The Lamjung himal trekking along the rhododendron forests presents chance to observe the bird watching tour as well.

The scenes of the traditional animal husbandry and farming could be the striking events in your memorable Nepal trek of the Lamjung Himal. The trekking trail passes by the numerous uphill and downhill.  As well as participating in the function of the cultural phenomena viz. Shamanism, Lamaism, Food Habit and herbal medication. Which depends upon the time or season of your visit. This low altitude mountain trekking in Nepal offers the enchanting views of the mountains like Annapurna, Himchuli, Manaslu, Ganesh and Dhaulagiri along with the Lamjung Himal Mountain range.