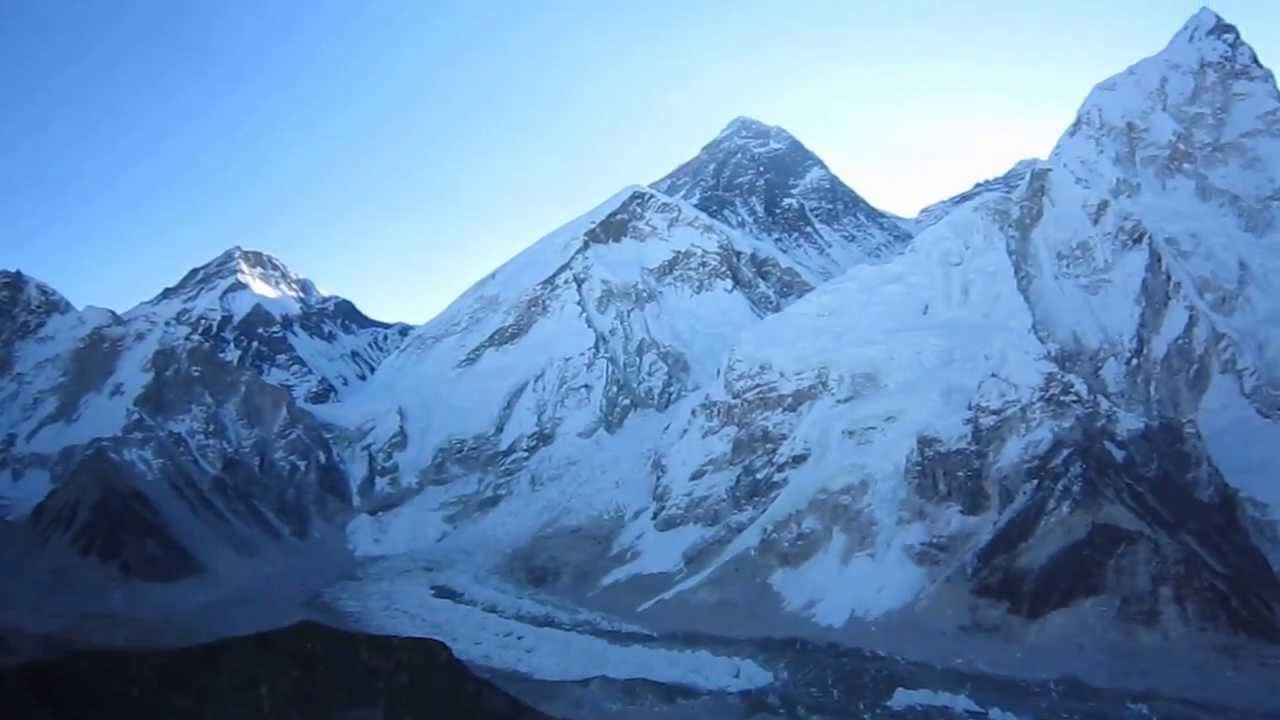 Everest View Trek is an easy trek in Everest region. This trek is named after Everest View Hotel. It is the highest altitude hotels in the world located at 3,880 meters.

As the name suggests, it is mainly focused for having the best view of Mount Everest. However, one can reach the place without much hard walk.

From here, you can see the 360-degree view of jaw-dropping view of the inspiring peaks. Having breakfast or lunch by gazing at Mt. Everest and other neighboring peaks is something one can rarely get in their life!

To your utter wonder, you can see Mt. Everest from every room of the hotel. The evergreen forests of pine and rhododendron always soothe your mind and soul.

This is the most remarkable manmade landmark in the Himalayas. It is located inside Sagarmatha National Park, one of the highest altitude protected areas in the world.

It has conserved a large variety of flora and fauna of the Himalayan region. Therefore, it has been enlisted in the UNESCO World Heritage Sites.

Everest View trek is the most appropriate trekking package for those having very limited vacation in Nepal. Despite the shortness of the duration, you can have the lifelong memory of being in the Everest vicinity.

Sagarmatha National Park as the Attraction of Everest Trek

Apart from the Everest view, this trek gives you many other experiences. The flora and fauna of Sagarmatha National Park are equally rewarding. You can find around 118 species of birds and  26 species of butterflies.

You can have the occasional glimpses of birds like Himalayan monal, blood pheasants plus red-billed and yellow-billed chough. Himalayan black bear, snow leopard, musk deer, mountain foxes, martens, etc. has been see while walking along the dense forests.

The large areas has been cover by tall trees to mosses and lichens are find according to the altitude. Pine, hemlock, fir, birch and rhododendron trees are the common species of plants find here.

If you make Everest View Trek in spring, the entire national park area is cover by the colorful rhododendron flowers.

Most of the population of Everest region is of the Sherpa ethnic community. On this account, Tibetan Buddhist culture and tradition make the cultural affluence here. The ancient monasteries and chortens decorated by multi-colored prayer flags make this region more vibrant.

The mani walls painted with different traditional pictures of Tibetan Buddhist culture are other asset of this region. Almost every village; no matter big or small, houses a Buddhist shrines in it.

If you happen to make Everest View Trek between October and November, you can witness Mani Rimdu Festival. This has been the largest festival celebrate at the premises of monastery for 19 days.

The masked dances performed by the monks in traditional music is worth observing while in this region. The people of this belt gather into the Tengboche Monastery premises to observe this festival in front of the Guru Rinpoche.

The Sherpa Museum of Namche Bazaar is an important landmark of Everest View trek. To visit this educational museum, you need to pay Rs. 250.

The museum has been build in the traditional Sherpa art and architecture. It educates you how the Sherpa people can live in this harsh landscapes.

The Hall of Fame, one of the three rooms of this museum, is the gallery of the photos from the 1953 Everest expedition. It has preserved the photos of Sir Edmund Hillary and Tenzing Norgay.

More importantly, you can see the photographs of different expeditions made by the Sherpas to different peaks. The photos are the most reliable testimonials to inspire you to move higher with a complete commitment.

How to do Everest Panorama Trek?

Although it is an easy trek to Everest view , you must take a domestic flight. Or if you have enough time, yet don’t want to trek higher enough, you have a few choices.

You can do this trek by following the trail of Jiri Everest Base Camp trek. Similarly, you can fly to Phaplu or Salleri, other two airports of Solukhumbu district. Nevertheless, beginning this trek from other than Lukla adds up a few days in the itinerary.

From Lukla, the gateway to EBC trek, you ascend to Tengboche. On the way, you go past, Phakding and Namche Bazaar. You hike to Everest View Hotel on the morning before heading for Tengboche.

After exploring Tengboche Monastery, you trek down to Monjo via Namche Bazaar and Jorsalle. Afterwards, by leaving Phakding, you trek to Lukla and next day, you fly to Kathmanadu.

The representative receives you at the Tribhuvan International Airport on the arrival day. Afterwards, he will relocate you to the hotel. In the free time, you can visit around Thamel on your own.

As the flight during the daytime may be cancelled, try to fly in the morning. During the 30-minutes’ flight from Kathmandu to Lukla, you see the beautiful scenery. The snowcapped peaks of Manaslu (8,163m), Ganesh Himal, Langtang, Rolwaling Range and Everest region appears in the sight.

The lush valleys, green forests and hilltop villages are seen equally lovely. After landing at Lukla, the gateway to Everest Base Camp trek, you proceed going further. By following the uphill and downhill trails along the Dudh Koshi River banks, you reach Phakding.

You go across some Himalayan villages while relishing the grandeur of the silvery mountains. When you reach Phakding, you can visit a local monastery decorated with the prayer flags and wheels.

Walking past the trails along the Sagarmatha National Park, you begin the trip towards Namche  Bazaar. The  trail leads you through some suspension bridges over the  Dudh Koshi River. Among these bridges, Hillary Suspension Bridge is the one named after the Mountain Pioneer Sir Edmund Hillary.

During the trek through the dense forests, you might encounter with various animals and birds. Some of the animals are musk deer, snow leopard, Himalayan thar, red panda, etc. The birds like blood pheasants, monal, etc. also play hide and seek with you.

Walking for about 6 hours, you reach today’s destination. Namche Bazaar is the main trade center of the entire Solukhumbu region. Although in the Himalayan region, all types of modern services are found here. From ATM booths to cafes are established and run here to provide you better services.

To be introduced with the climate of the high Himalayan altitude, you have a few things to do here at Namche Bazaar. You can visit the Sherpa Museum to know all about the Sherpa lifestyle, customs and costumes. Similarly, the Hall of Fame shows you the photos of Hillary and Tenzing from the 1953 Everest Expedition. Next, you can also hike to Everest View Hotel, which is the world’s highest altitude hotels. From the hotel, you can see Mt. Everest and other peaks exposed in the fullest.

Alternatively, you can visit Sagarmatha National Park to have the stunning view of Mt. Everest, Mt. Lhotse, Nuptse, Ama Dablam, Thamserku, Kongde and many more. Moreover, you can also go to Khumjung Village to observe the Hillary School and the Yeti Scalp.

Wake up early in the morning as you are going to reach the prime location of Everest View Trek. Then, you hike to Everest View Hotel that is about 2 hours’ distance from Namche Bazaar.

This is the perfect place to have the 360-degree panoramic view of Mt. Everest and other peaks. The evergreen forests of fir and rhododendron in front of your eyes make this trip more meaningful.

Imagine the glowing mountains due to the sunrays in front of you while having breakfast or lunch! You can capture the photos of the jaw-dropping scenery of the Himalayas in your camera.

Then, the journey continues towards Tengboche village. By enjoying the spellbinding panorama of the Himalayas, you walk past three villages: Kyangjuma, Sanasa and Phungi Thanga respectively. These are the small villages situated close by the dense forests of pine and rhododendron trees.

Once you reach the destination, you visit around Tengboche Monastery. It is the largest monastery of the whole Solukhumbu region. You can have the magnificent mountains including Mount Everest from here.

If you make Everest View trek in between October and November, you can observe Mani Rimdu Festival. It is the most colourful festival of Solukhumbu region.

The monks of the monastery perform dances in circle by beating drums and singing the traditional songs. It is participated by the Sherpa people to celebrate in the Tengbohe Monastery premises.

After having breakfast, you trek down along the Dudh Koshi River banks. By walking across the pine and rhododendron forests and a few suspension bridges, you arrive Namche Bazaar.

From here, the trail diverts towards Jorsalle Village. You have to follow the trail going along the dense forests. Similarly, you have to cross the Dudh Koshi River again and again, you reach Monjo.

By following the downhill trail, you trek towards Lukla. You will pass some Sherpa ethnic villages surrounded by the green forests of Sagarmatha National Park.  As it is the last trekking day, try to make this journey a lifelong incident.

You have your breakfast by enjoying the sunrise view of the glittering mountains. Then, you fly back to Kathmandu by enjoying the aerial view of Everest region. After the plane lands at the Kathmandu Airport, you will be transported to the hotel.

After becoming fresh, you can go for shopping or you can stay within the hotel premises. Alternatively, you can also celebrate it with the fellow trekkers to mark the accomplishment of Everest View Trek. In the evening, our agency organizes farewell dinner at a cultural restaurant.

According to your flight schedule, the member staff escorts you up to the Kathmandu Airport.

How difficult is Everest View Trek?

Everest View trek is an easy trek in Everest region. The itinerary is short with average trekking duration of 5 hours per day. The highest altitude to reach is Everest View Hotel (3,880m).

The trails are comfortable and in good condition. It can be done by the people of all ages including the beginners also. It is good for family trek in Nepal.

Can I extend to Everest View Trek?

Yes, of course. Everest View Trek is always extendable. You can connect it to Everest Base Camp trek or Everest Gokyo Cho La Pass trek. Likewise, if you want to make this trek more challenging, you can try Everest Three High Passes trek. For this, you have to consult with us via www.nepaltrekkingroutes.com.

Why should I do Everest View Trek?

The first reason we recommend you Everest View Trek is not the level of difficulty. It is one of the easiest treks in the Himalayas. It is suitable for the people from children to senior citizens.

Even if you have very short vacation, this trek takes you to the Everest vicinity. You can have the close up view of Mt. Everest and other peaks. You can also explore the flora and fauna of Sagarmatha National Park.

Cultural sites like the monasteries and chortens are equally rewarding. Phakding Monastery, Namche Monastery and Tengboche Monastery are other important sites of this kind.

How costly is Everest View Trek?

As this trek is short and easy, the cost of Everest View Hotel is not much high. Nepal Trekking Routes provides you the most satisfying tour and trekking package at the reasonable cost. For more details, you can inquire us via email, phone call, WhatsApp and online booking service. Visit our official website, www.nepaltrekkingroutes.com.