By comparing Everest Base Camp Trek with K2 Base Camp Trek, you can decide on which trek is more suitable for you for a lifelong memory. Natural and aesthetic beauty plus adventure journeys are almost equal in both the epic treks.

Really, one finds it hard to choose between EBC Trek and K2 Trek. Because both are for the daredevils and avid trekkers who want to get something new in their life on their own. Yes, helicopter ride over Everest and flights over K2 Base Camp are far easier than trekking to either of the base camps. But, trekking is far more interesting and adventurous than getting the aerial views of the Giant Mountains.

Everest Base Camp Trek is an ultimate destination for all the Nepal trekking enthusiasts. This trek begins after exploring Kathmandu, the City of Temples or the Capital City of Nepal. On the other hand, K2 Base Camp Trek begins after exploring the city of Islamabad and its cultural heritage sites. Both the cities have their own characteristics and beauties; however, they reward you with different flavor of culture and traditions.

This blog “Comparing Everest Base Camp Trek with K2 Base Camp Trek” aims to give you brief differences between the two destinations. 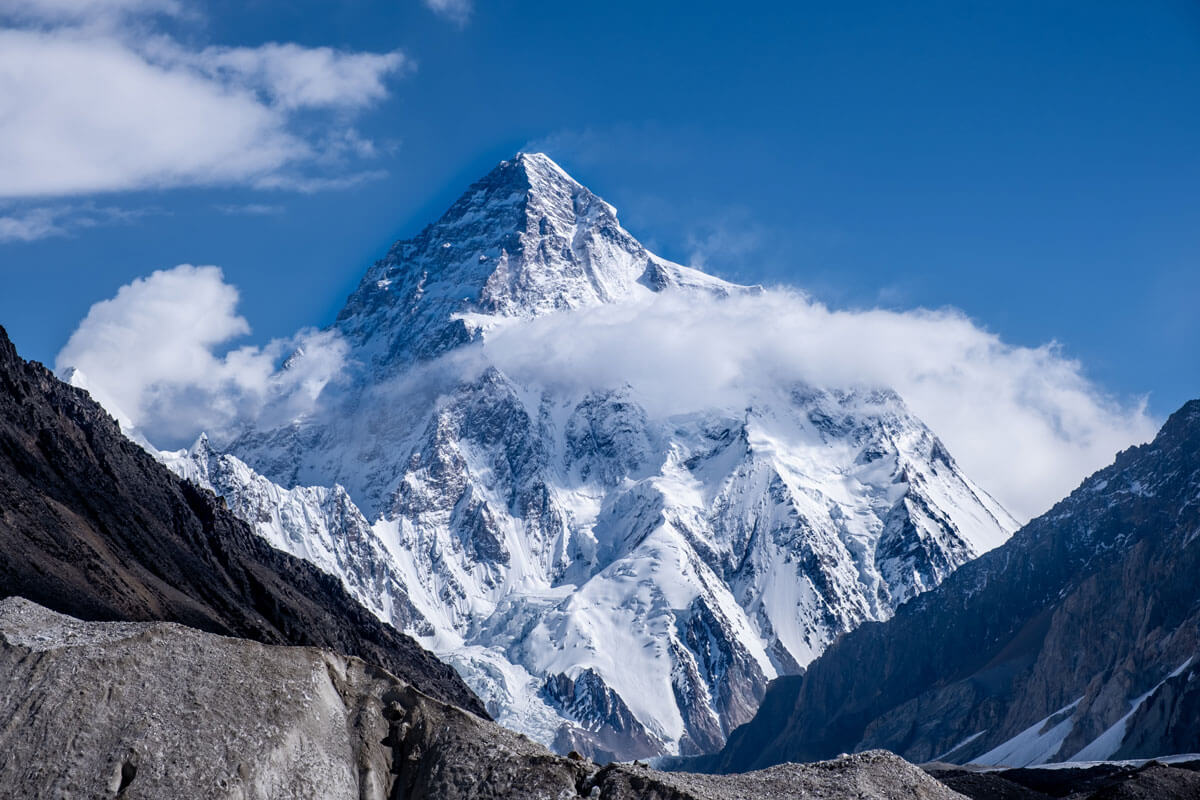 Pakistan is an Islamic country located in the SAARC Zone. It is populated by majority of the Sunni Sect while significant number of the Shi’i Sect. Therefore, K2 Base Camp Trek is an opportunity to explore the Islamic culture and tradition in the urban areas.

Then, you fly from Islamabad to Skardu in an hour or drive spending 2 days. From Skardu, you take a 6/7-hour drive to Askole, the gateway to K2 Base Camp Trek. The K2 Base Camp Trek route runs across complete wilderness and tranquility.
Nepal is a secular country nestled between the Great Himalayas with majority of Hindu followers. It is a multi-cultural, multi-lingual, and multi-ethnic country existing as an epitome of “a wreath of hundreds of flowers.” During the preparation day of Everest Base Camp Trek, you get to explore the cultural and religious heritage sites. Among these, four of the UNESCO World Heritage Sites will be explored.

Then, you take a flight to Lukla, Tenzing Hillary Airport and also called the gateway to Everest Region Trekking. After a 30-minute scenic flight from Kathmandu to Lukla, you ascend towards Phakding along a rugged trail. Throughout the Everest Base Camp Trek trail, you walk through the Sherpa settlement areas of the Khumbu Region.

The Himalayas vs. the Karakorum 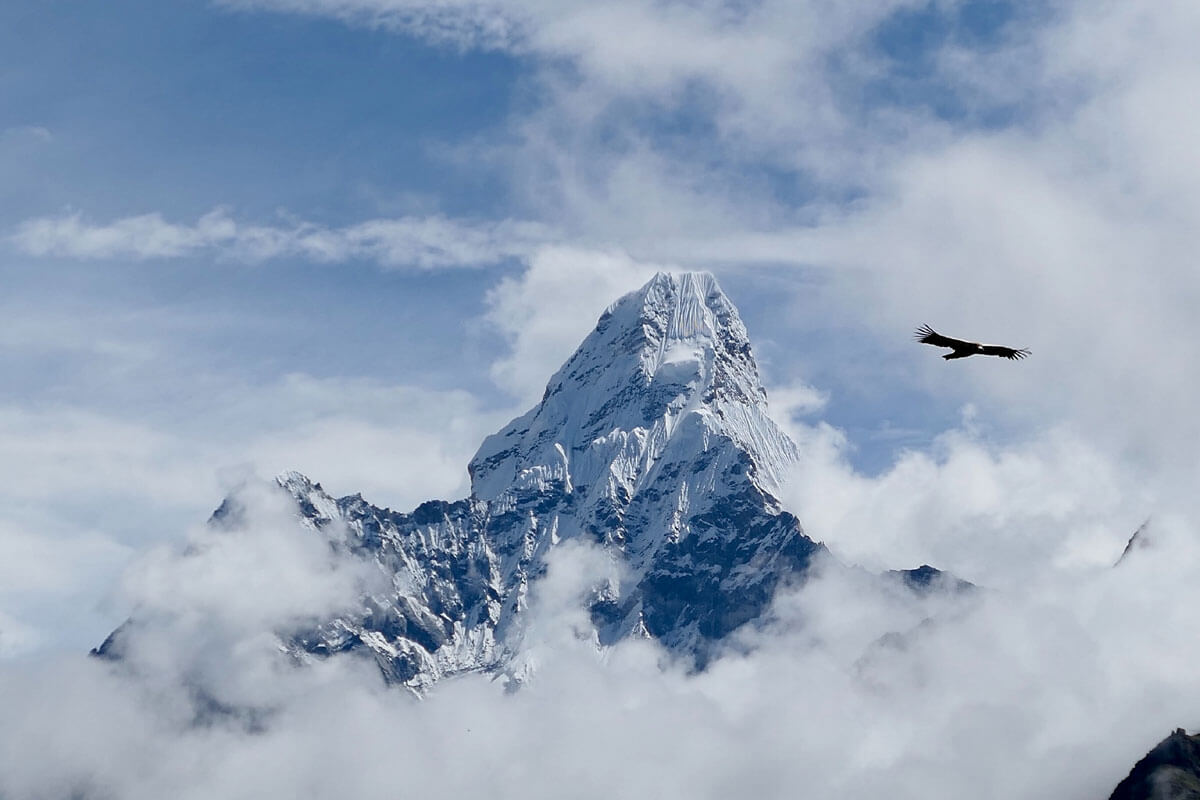 The Himalayas extend from the Tibetan Plateau in the north up to the plains of the Indian Sub-continent in the south. They connect five Asian countries namely, Bhutan, India, Nepal, China, and Pakistan. The Himalayas own many of the highest peaks of the world including Mount Everest (8,848.86m).

Mountain scenery rewarded during Everest Base Camp Trek and K2 Base Camp Trek is different, too. The Karakoram Mountains are steeper and vertical rising above the glaciers. The K2 Base Camp Trekking trail goes past the Central Karakoram National Park. As you ascend higher from the Baltoro Glacier, the scenery is more impressive.

The Karakoram Mountains from Trongo Towers (6,286m), Masherbrum (7,821m), Gesherbrum (8,086m), Broad Peak (8,047m), and K2 respectively welcome to their vicinity. Just as the name suggests, the Karakoram Region is made up of the “Black Mountains” rather turning hostile to humankind.

The landscapes of Everest Region are quite impressive and rather different from that of the Karakoram Mountains.  Everest Base Camp Trek route goes past the Sherpa settlement areas inside Sagarmatha National Park. The Khumbu Region is green and populated unlike the K2 Region.

The snowcapped peaks of the Great Himalayas including Mt Everest (8,848.86m) welcome you to their region. The Khumbu Icefalls and the Khumbu Glacier make your trip a lifelong memory and a lifetime achievement. The Everest Region and the mountain scenery of this area look friendlier to climbers and trekkers than the K2 Region.

Everest Base Camp Trek is accessible throughout the year except in excessive snowfalls. Even in the winter season, Everest Base Camp Trekking Route is not always blocked by the layers of the snow. By taking help of the expert tour operator and professional local guides, you can reach the base camp of Everest all year around.

However, spring (March-May) and autumn (September-November) are the best time for Everest Base Camp Trek. In these seasons, the skies remain clear due to stable weather that the mountain scenery is just WOW! Doing EBC Trek in the spring or the autumn is the best way to enjoy the sunset and sunrise views of the Great Himalayas.

K2 Base Camp Trek is less frequented in all seasons of the year. July and August are the best time for K2 Base Camp Trek because in this time, the skies are clear due to stable weather. There are records of the trekkers who have reached the K2 Base Camp (5,151m) even in June and late September.

Despite its remoteness and challenges, the base camp of Mt. K2 has been traversed in winter season as well. However, we don’t recommend you to try out trekking to K2 Base Camp in other times except July and August.

Travelling Mode to begin the Everest Trek and the K2 Trek

To reach the trailheads of both the treks, you need to use domestic flights. So, it is obvious that flights can be cancelled due to unfavorable weather conditions. To begin with K2 Base Camp Trekking, you can reach Skardu by flights in just around an hour and then a day’s drive to Askole.

Alternatively, you can reach to Skardu from Islamabad by driving for two days via the Karakoram Highway. And then, you use roadway transportation to reach Askole to begin the epic K2 Trek.

You take a scenic flight to Lukla from Kathmandu over the Himalayas that requires around 35 minutes. In case the flights are cancelled, you don’t have easy alternative to reach to Lukla. That means you have to keep some spare days in beginning Everest Base Camp Trek, especially, in rainy and winter seasons. The new road tracks are opened and under construction as well to Solukhumbu district but they are pretty much challenging and time consuming, too.

Yes, you can use roadway transportation to Jiri, Dolakha and follow Jiri to Everest Base Camp Trek route to reach Lukla. This is the best way to follow the footsteps of Edmund Hillary and Tenzing Norgay that they used during the Everest Expedition 1953. But, you need to be flexible for 5 to 7 days to follow Jiri EBC Trekking trails. 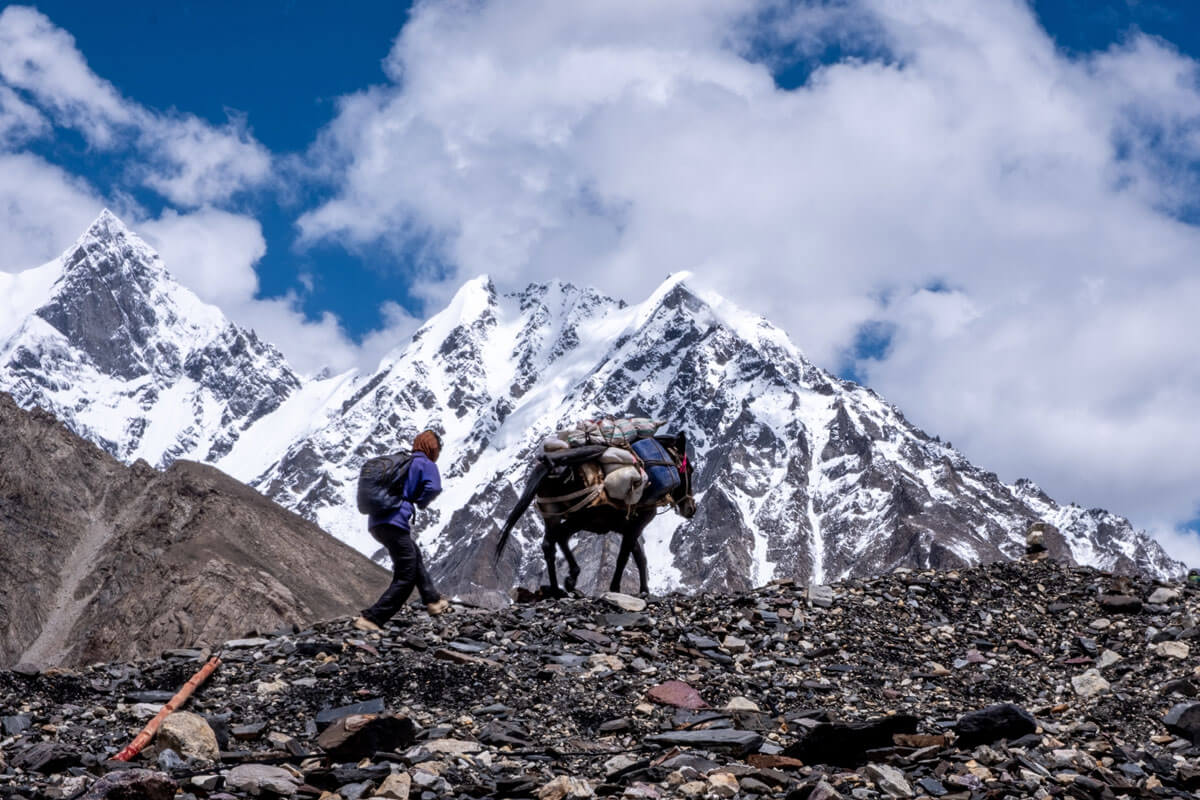 The formalities for beginning both the treks are different from each other. This is all because of different ruling system and tourism policies of Nepal and Pakistan.

To do Everest Base Camp Trek, you can get pre- and on-arrival visa except in some critical circumstances. But for K2 Base Camp Trek, such provisions are not that easy. However, international trekkers in Pakistan can fill in online form for tourist visa.