Tilicho Lake Trek takes you to the world’s highest placed lake located below Tilicho Peak (7,134m). It is one of the famous trek to Annapurna circuit.

Trekking to Tilicho Lake begins from the Marsynagdi River Valley and ends in the Muktinath Valley. During the Tilicho trek, you get to see flora and fauna of the Annapurna Conservation Area Project (ACAP).

The majestic mountains of the Annapurna Massif glowing in the sunrays are splendid. Once you reach the Tilicho Lake, the jaw-dropping views of the Himalayas gives you a lifelong experience in Nepal.

The Thakali and Manangese villages are rich in their socio-cultural aspects. You get to visit ancient monasteries and temples while traversing across the cultural villages.

Before planning the trip, you might want to know “How difficult is Tilicho Lake Trek?” This blog is trying to focus on various factors responsible for Tilicho Lake Trek Difficulty. We hope this blog will be helpful to you in choosing one of the must-do treks in the Annapurna Nepal.

Altitude gain is one of the difficult factors of Tilicho Lake Trek in Nepal. You gradually ascend to higher altitude from the trailhead of trekking to Tilicho Lake (4,949m). 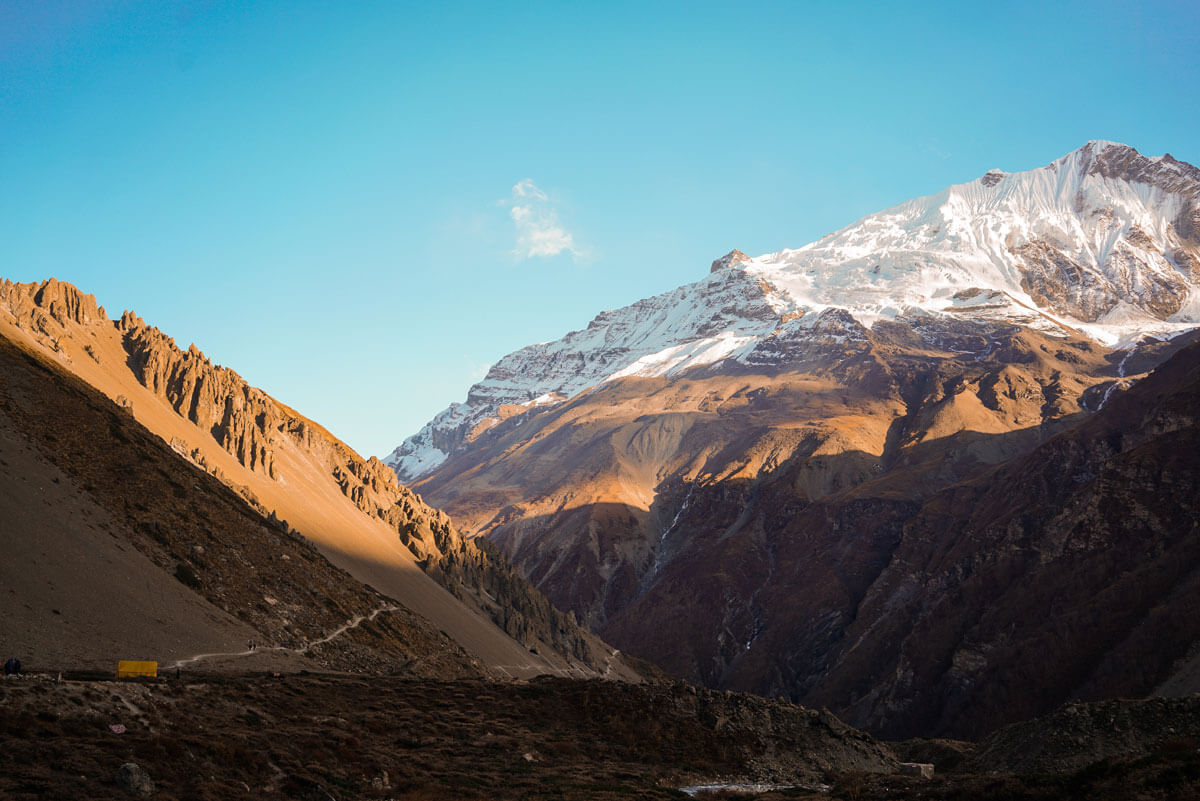 One of the Tilicho Lake Trek trail head to Beshisahar that is situated at an elevation of 760m. Another option to begin this trip is Chame, the district headquarters of Manang. Chame is located at an altitude of 2,650m.

No matter, where you begin this trek, but you gradually trek higher at an average 400m per day. As a beginner trekker, altitude can result into acute mountain sickness.

Acute mountain sickness (AMS) is another factor that determines Tilicho Lake Trek difficulty. Due to the altitude gain, you might suffer from altitude sickness. Of course, altitude sickness hinders your trip. If you don’t recognize its symptoms and take preventive or curative measures, the consequences might be worse; even death.

So what are the AMS symptoms?

For hikers, skiers, trekkers, and adventurers who travel higher than 2,500m, acute mountain sickness is a common phenomenon. It is obvious that the higher you reach, the less level of oxygen you find. Low level of oxygen results into difficulty in breathing and other symptoms develop.

At a glance, AMS might not be that dangerous because it is obvious scenario at higher altitude. However, it sometimes might result into the death of such adventurers.

There are the AMS medications, treatments, and preventive measures to avoid unwanted consequences. 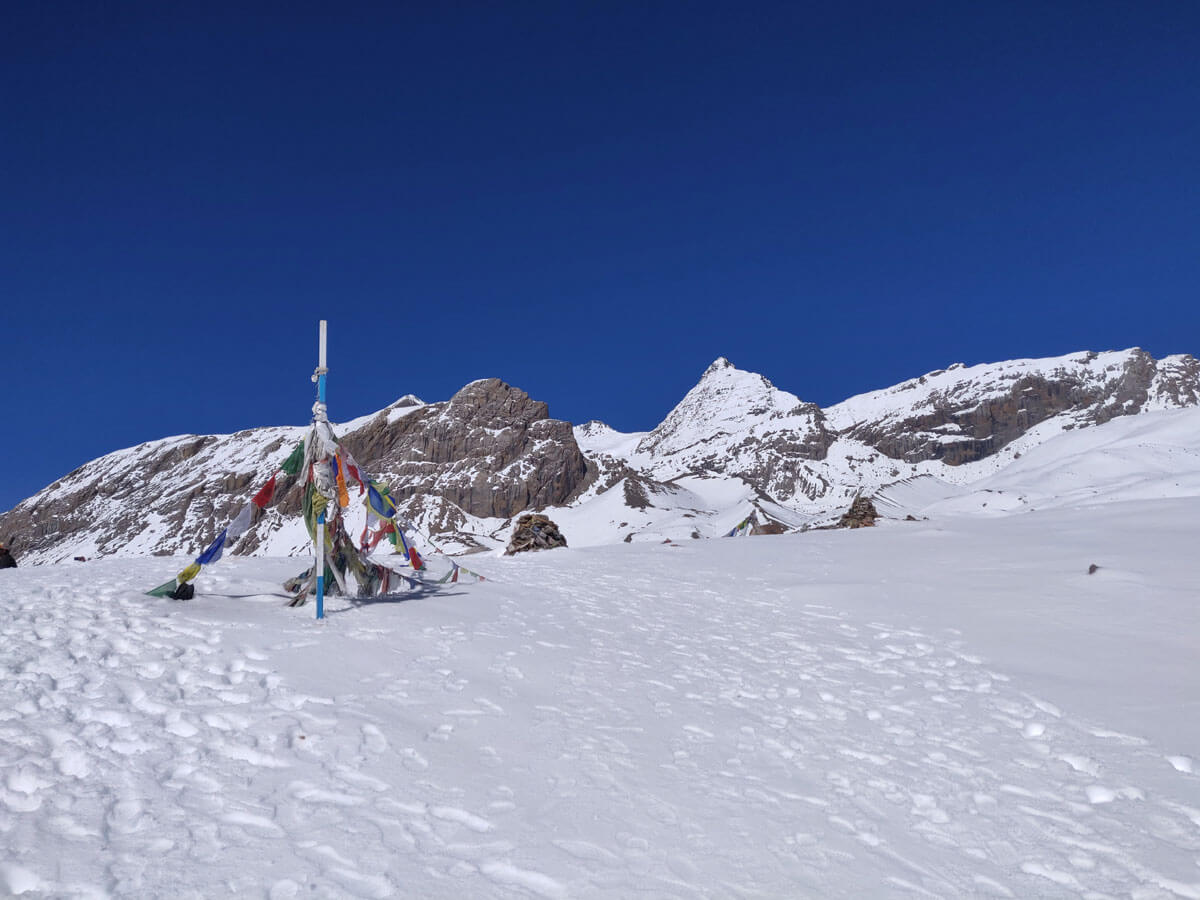 As a whole, terrain type and trekking trail condition do not add anything in the difficulty of Tilicho Lake Trek.

Weather condition is another factor that causes Tilicho Lake Trek difficulty. The lake is situated below Tilicho Peak (7134m). Although it lies in the alpine climatic zone, the weather condition remains stable according to all seasons.

Except some blizzards, the Annapurna Region experiences almost stable weather condition. The snowfall is a common occurrence of this region because of its altitude. However, rainfall is very rare because it lies in the rain shadow area of the Annapurna (8,091m) and the Dhaulagiri (8,167m) Massifs.

Rather you can trek to Tilicho Lake in the monsoon as the seasonal rainfall doesn’t bother you anymore. The spring (March-May) and autumn (September-November) are equally best seasons for trekking to Tilicho Lake.

You don’t have to worry about food, drinks, and accommodation services. Thus, from this angle, Tilicho Lake Trek difficulty is less vulnerable.

Besides other factors, remoteness also has an impact in Tilicho Lake Trek difficulty. This trip is a little deviation from Annapurna Circuit Trek. You don’t have to spend nights in absolute remote region away from the human settlement areas.

Likewise, if something wrong happens to you, you can get emergency evacuation and help.

Tilicho Lake Trek is a completely customizable trekking in Nepal. It has a few options to start and end the trip as well. You can begin it from Besisahar, the gateway to Annapurna Circuit Trek or Chame, the administrative headquarters of Manang District. 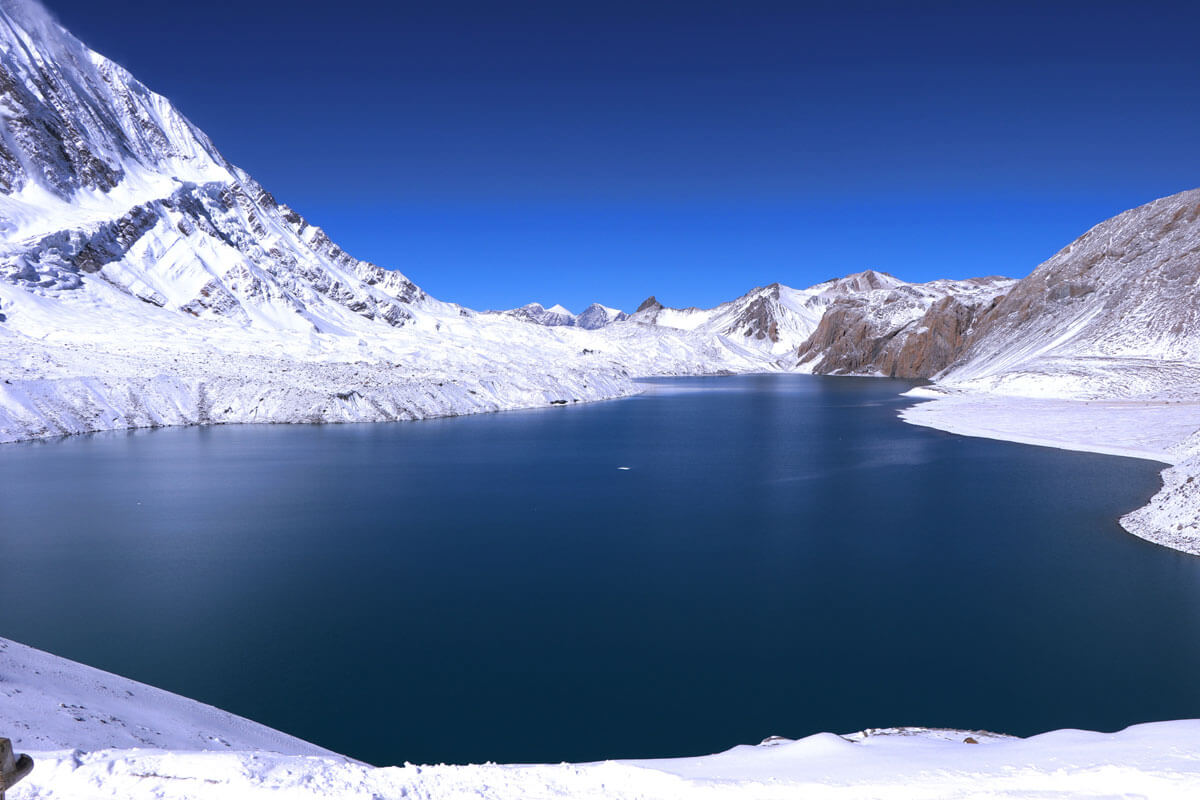 Likewise, you can return straight from Tilicho Lake (4,949m) by traversing along the route you follow while ascending. Alternatively, you can also choose some adventurous experience during trip. Mesokanta La Pass (5,200m) and Thorung La Pass (5,416m) make trekking to Tilicho Lake more than just a package of trekking in Nepal.